What is Saruni Rhino?

Saruni Rhino is the latest property in Saruni’s collection of lodges and camps in Kenya. It is located in Northern Kenya, 2 hours’ north east of Saruni Samburu lodge, in Sera Community Conservancy, alongside a dry river bed. Opened in 2017, the secluded 3-banda camp, in partnership with Sera Conservancy, offers the first on-foot rhino tracking experience in East Africa, an amazing adventure providing a uniquely thrilling ‘up close and personal’ encounter, but also allows guests to actively contribute to the protection of this iconic species. 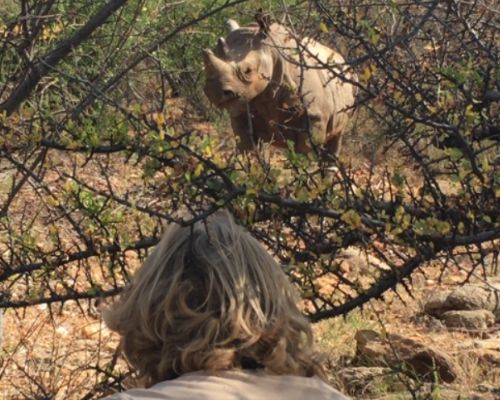 Pioneering walking safari of its kind in East Africa, providing a unique and exhilarating adventure whilst also allowing guests to actively contribute to the protection of this iconic species. Tracking black rhino on foot, accompanied by an expert Saruni guide and a highly-trained Sera Community Conservancy ranger, equipped with a transmitter correlating to the GPS whereabouts of the 12 rhino throughout the 54, 000 hectares-large sanctuary. 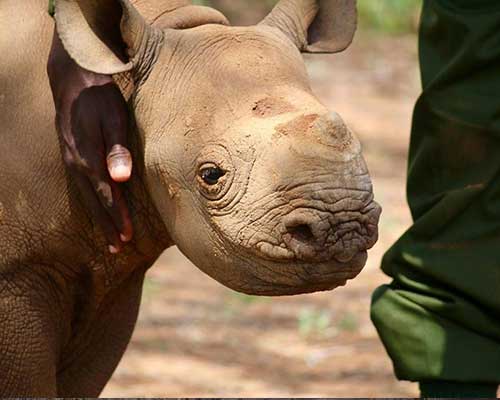 Sera Community Conservancy, home to around 16, 000 Samburu semi-nomadic pastoralists which form part of the sub-tribe of the Maasai, here is where essentially a sanctuary within a conservancy was formed. Highly secure and fenced, a group of black rhino were re-introduced to Sera Conservancy rhino santuary to spread and increase Kenya’s black rhino population and encourage visitors to the remote and stunning part of the country with a fully community-focused ideology to encourage the sustainable benefits of conservation that Saruni so strongly believes. 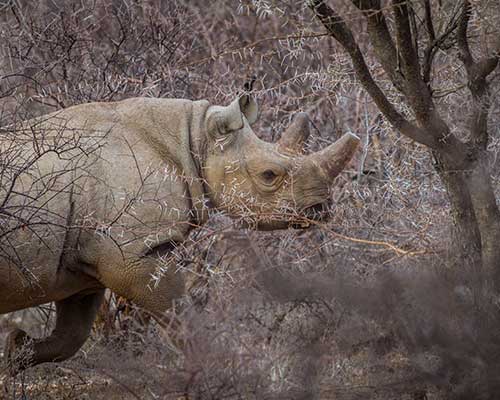 An area which for over 40 years has seen the depletion of the black rhino, until now, where one of the most advanced conservation projects has taken place and the first of its kind in Africa, whereby a group of black rhino has been successfully reintroduced in the fenced, maximum protection sanctuary offering the endangered species a chance to flourish. 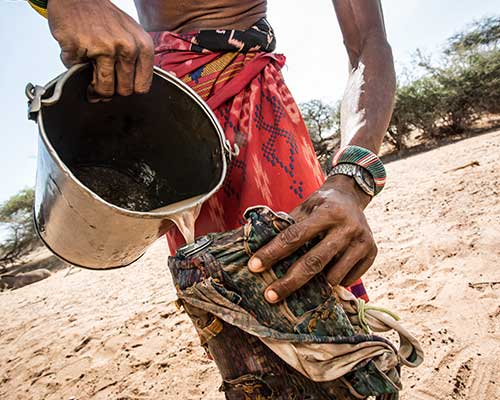 A totally unique and intimate tradition, the singing wells of Samburu remain an exclusive experience we offer our guests. Home to The Fifty Wells, ‘Kisima Hamsini’, a series of fifty springs where local pastoralists take their livestock to water, digging deep in the barren land filling up wells to in-turn fill up holders and troughs whilst singing a unique melody to which each Moran’s herd individually heeds. 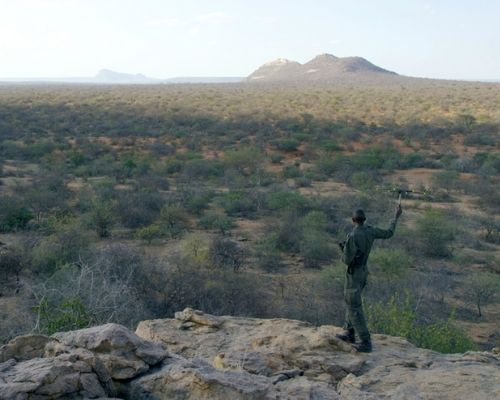 Located a little over 1.5 hours drive from Saruni Samburu lodge, Saruni Rhino lies in a the wild, undiscovered northern frontier of Kenya in 54,000 hectares of Sera Community Conservancy. The semi-arid, untouched, striking landscape stretches further than the eye can see. 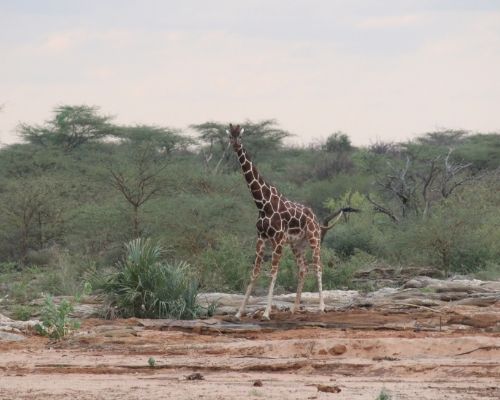 The Sera Community Conservancy lies home to one of the most fascinating ecosystems, to which guests have the remarkable opportunity to explore with matchless experiences such as the ‘Samburu Five’. The ‘Samburu Five’ are rare and endemic to the Samburu ecosystem. These consist of the Gerenuk, the Reticulated giraffe, the Somali ostrich, the Grevy’s zebra, the Beisa oryx and an abundance of other rare species such as the leopard, the striped hyena, the Civet cat and the wonderful African wild dog not forgetting a plethora of birdlife!